Toronto studio Nivek Remas has renovated its founder’s home to create an office for the studio based on changes in working conditions due to the coronavirus pandemic.

Early in 2020, the Canadian interior design studio led by Kevin Chan and Samer Shaath was poised to lease new office space for its expanding business. However, these plans were halted by pandemic restrictions.

Throughout the lockdowns that impacted Canadians and the subsequent work-from-home standards, the office sought ways to work together in the future, without going to an office full-time.

“[We] quickly recognized the shift in what defines an office and the culture that was evolving from those blurred lines,” Nivek Remas‘ Kevin Chan told Dezeen.

The duo decided to renovate one of their homes to serve as an office for the young firm, which was established in 2016.

The new studio was completed in 2021 and is located in an area of Toronto called Cabbagetown, just east of the city centre.

It occupies 1,250 square feet (116 square metres) of a standalone house in a residential neighbourhood.

The completed studio has a main office area, conference rooms, as well a kitchen and a dining nook.

Visitors enter the office along a green hallway accented with glass wall sconces. By the entrance, there is a powder room and a coat closet.

The ground floor has eight workstations laid in an open-concept configuration. Most of the furniture is black, including the desktops and chairs.

At the front of the house, a kitchenette and breakfast nook look out onto the street. The designers used a darker palette of greens and olive tones in the kitchenette area to contrast the workstations, which are painted white and filled with light and plants.

An open staircase leads to the upper floor, where the team included a new conference room that offers some privacy from the main work area. It includes a long table and a couch, for more informal gatherings.

Other amenities of this home-and-office combination include a gym and bike storage for commuters located in the basement.

The founders of Nivek Remas said that although the new office space helps collaboration, they balance out the time spent there with remote work. 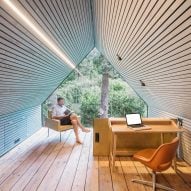 The studio said that it has embraced a fully hybrid model and that the office space allows for “creative gathering”.

“Corporate offices are trying to become more WFH and more casual with coffee bars, and table tennis or gaming break out areas, but we’re approaching it from the other direction and making a residential space more studio,” he added. 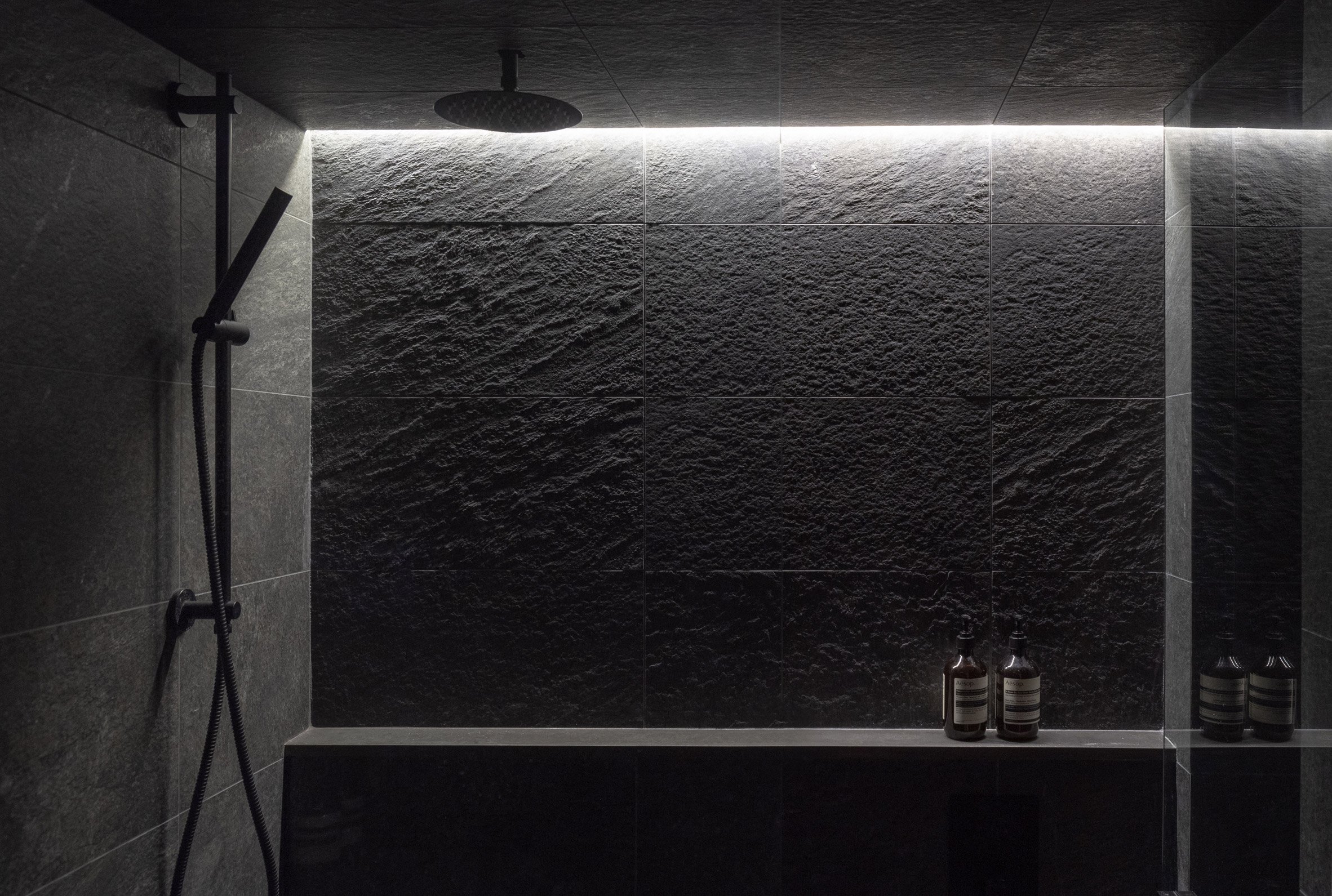 Many architects and designers embraced the work-from-home trend, building out new spaces for themselves during the pandemic.

Other examples include a coastal Maine cabin that 30X40 Design Workshop completed as its office, and the Beverly Hills home of Gerhard Heusch, who built himself an underground office using concrete.

The photography is by Scott Norsworthy.